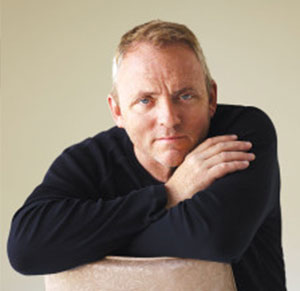 Dennis Lehane grew up in Boston. Since his first novel,  A Drink Before the War, won the Shamus Award, he has published twelve more novels that have been translated into more than 30 languages and become international bestsellers: Darkness, Take My Hand; Sacred; Gone, Baby, Gone; Prayers for Rain; Mystic River; Shutter Island; The Given Day; Moonlight Mile; Live by Night; and World Gone By. His most recent work is a stand-alone novel, Since We Fell.

Four of his novels – Live by Night, Mystic River, Gone, Baby, Gone, and Shutter Island – have been adapted into films. A fifth, The Drop, was adapted by Lehane himself into a film starring Tom Hardy, Noomi Rapace, and James Gandolfini in his final role.  He was a writer-producer on the television adaptations of three Stephen King novels—Mr. Mercedes and End of Watch for DirecTV, and The Outsider for HBO. He has spent the last two years playing hard-to-get with Covid and creating the limited series Black Bird for Apple TV. It stars Taron Egerton, Paul Walter Hauser, Sepideh Moafi, Ray Liotta, and Greg Kinnear. It will premiere this summer.

Lehane and his family live in California.

Dennis Lehane is an Eckerd College graduate, class of 1988.