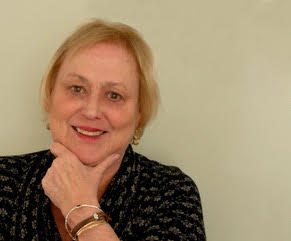 Madeleine Blais has taught and promoted writing at various schools and seminars, including the University of Massachusetts Amherst where she taught Longform, Memoir, Documentary Film, Sports in Film, Literature and Journalism among other courses. For nineteen years, she served as Director of the Williston Writer’s Workshop Series at the Williston Northampton School. She has been a faculty mentor in the Goucher College low-residency Masters of Fine Arts in Nonfiction Program in Baltimore. From 2011 to 2013, she served as visiting faculty in the Creative Writing Program at Florida International University in the spring semester.

From 1979-l987 she was on the staff of Tropic Magazine of the Miami Herald where she won many awards, including a Pulitzer Prize for feature writing. She is the author of The Heart is an Instrument, a collection of journalism, and In These Girls, Hope is a Muscle, chosen as a finalist in the category of general nonfiction by the National Book Critics’ Circle and cited by ESPN as one of the top one hundred sports books of the twentieth century. Uphill Walkers: Portrait of a Family was selected by the National Alliance for the Mentally Ill (NAMI) for its annual “Ken” book award and also chosen as a finalist for the Massachusetts Book of the Year.  To the New Owners: A Martha’s Vineyard Memoir, excerpted in Vanity Fair, was published in the summer of 2017. Her work has appeared in publications such as Superstition Review, the New York Times, Vanity Fair, Cogniscenti and The New Guard as well as in books such as Bad Girls: 26 Writers Misbehave edited by Ellen Sussman, Our Boston: Writers Celebrate the City They Love edited by Andrew Blauner, A Story Larger than My Own edited by Janet Burroway, and Double Take: Portraits Over Time by Maggie Evans Silverstein, and in Making Good Time edited by Lynne Barrett.  She is a frequent contributor to the online publication, The National Book Review, with reviews as well as Q & A’s with writers. She has served as the chair of Pulitzer juries four times. She has taught memoir at the Key West Literary Seminars, Aspen Writers Workshop, Writers in Paradise, among other venues. Her biography of the tennis player Alice Marble is scheduled for publication in summer 2023 by Grove Atlantic, and she is at work on a collection of essays.